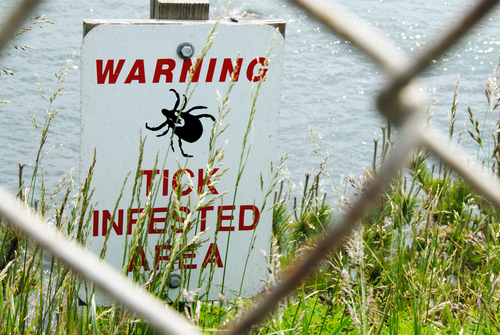 What is Lyme Disease?

Lyme disease is an infection caused by the spirochetal bacteria– Borrelia Burgdorferi. If left untreated, infection can spread to joints, the heart, and the nervous system. Because the bite is painless, fewer than half of people with Lyme disease realize they have been bitten. Likewise, fewer than half of patients with Lyme disease recall any rash. Lyme and tick-borne diseases are prevalent across the entire United States with cases in each of the 50 states. The Lyme disease bacteria is powerful and has the ability to enter the brain less than 24 hours after a tick bite.

How Is Lyme Disease Transmitted?

Lyme disease, or Borrelia Burgdorferi, is typically transmitted through the bite of an infected tick. The most common carrier is certain species of black-legged ticks. However, various types of ticks have been known to transmit the disease. The nymphal, or immature, form of the tick, which is about the size of a poppy seed, causes most human cases. Along with Borrelia Burgdorferi, ticks often carry other co-infections such as Babesia, Bartonella and Ehrlichia.

Additionally, studies have revealed that Lyme disease can also be passed through the placenta of a pregnant woman to her unborn fetus, allowing Lyme to be a gestational disease. DNA of the bacteria has been found in breast milk, as well as suspected in cases of sexual transmission.

The current two-tier testing paradigm for Lyme Disease recommended by the Centers for Disease Control (CDC) misses over 1/2 of actual cases. This stems from the lack of sufficiently sensitive and reliable markers. As it is difficult to culture the actual bacteria, Lyme Disease tests rely upon an antibody response. Due to testing unreliability, most Lyme Literate Medical Doctors (LLMDs) advise patients to skip the initial Lyme Disease ELISA screen (first tier), and instead start with the confirmatory test, the Western Blot (second tier). In addition, Lyme disease is clinically diagnosed based on symptoms, physical findings (e.g., rash), medical history and the possibility of exposure to infected ticks.

Important: With an early Lyme infection, antibodies may not have had time to develop and testing at this time may appear negative. Lyme disease may be present with a negative test result.

When detected in its early stage, Lyme disease can often be treated with an appropriate course of antibiotic therapy. If undetected and untreated, the bacteria replicates and the disease progresses into its late stages, becoming chronic. Treatment for Chronic Lyme disease is prolonged and complex. Patients often require years of intensive conventional and alternative therapies to fight the infection, recover immune function, and gain strength.