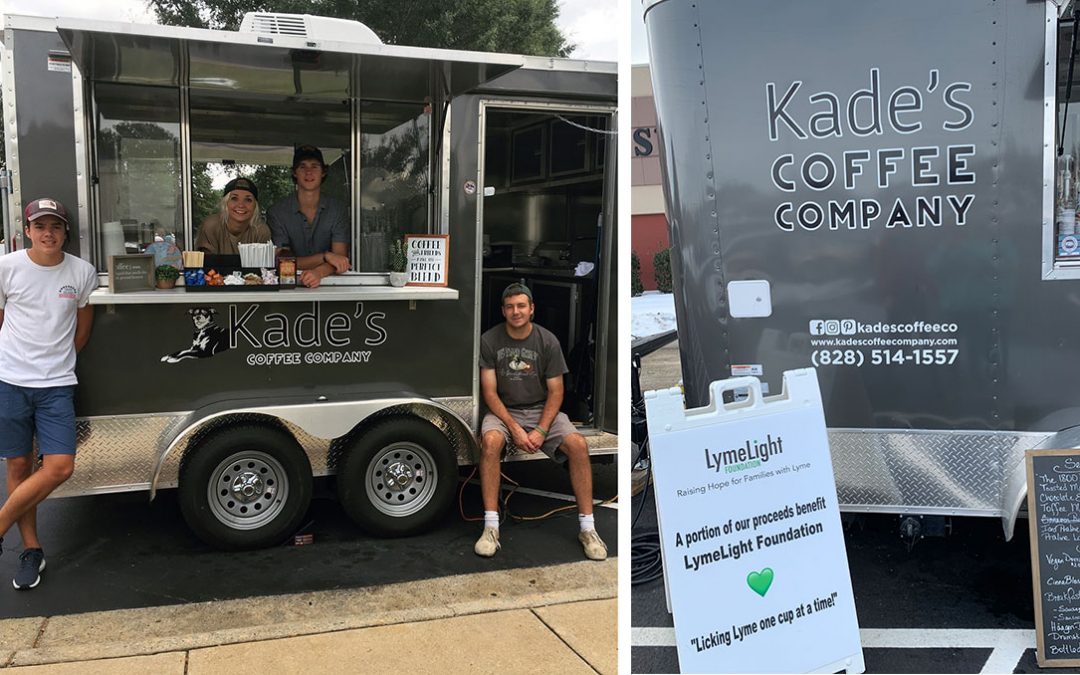 Growing up I always had a dream of owning my own business and after graduating I got what I thought was supposed to be a “grown-up” job. I quickly realized I wasn’t really passionate about working a corporate job. A few months into the new job I got the idea of owning a mobile coffee unit and presented the idea to my husband. He was all for the idea and that is when we decided to move back to my hometown, where my brother quickly got the entrepreneurship fever, and joined the team. Nine months later, Kade’s Coffee was born and quickly turned into a family business with my parents and grandfather being very involved along with us. We knew we wanted our business to be involved in the community and with a non-profit.

I was diagnosed with Lyme disease in 2015 and now am considered in remission.The journey of fighting this disease is exhausting emotionally, physically and financially. My personal battle, although relentlessly tough, is minor compared to how some suffer.Thankfully I have a very understanding family and after bouncing around from doctor to doctor finally found a Lyme literate one. Even with the never-ending support of my family and friends, Lyme can be a very lonely disease. Doctors don’t believe you, insurance won’t help you pay for care, bosses, teachers and professors don’t understand your symptoms. I joined a Lyme support group on Facebook and finally found a community of people who not only supported me, but encouraged me with their own stories. We decided as a company that we wanted to support a foundation that helps relieve and encourage those who are fighting this disease. Lyme Light does just that. They not only give emotional support, but financial support as well. We are so excited to be able to partner with this team and are donating a percentage of each cup purchased.