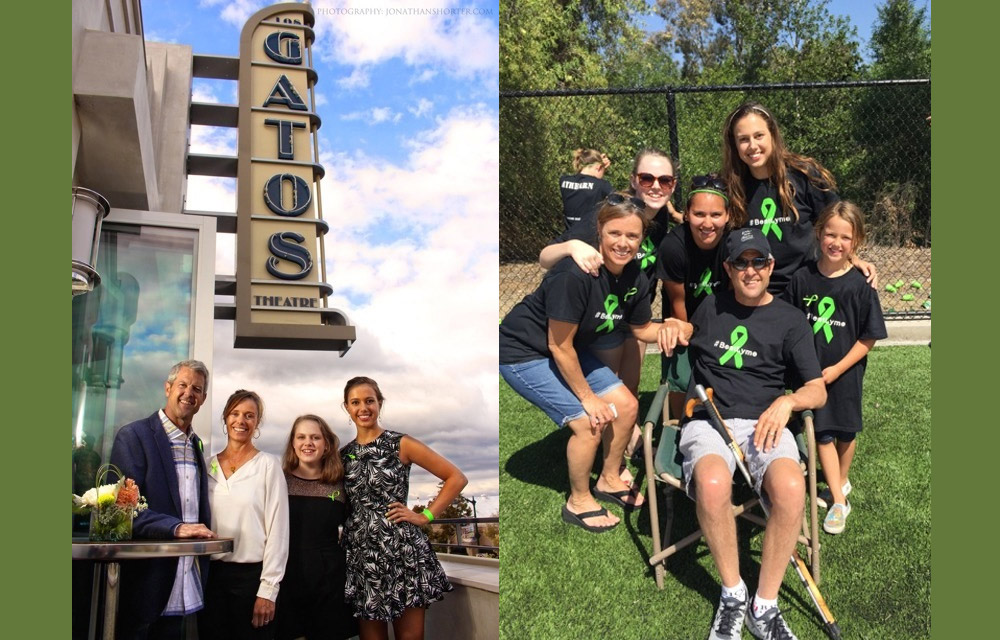 Camille and Scott Athearn hosted a Lyme Disease Education/Awareness fundraising event at The Los Gatos Movie Theatre featuring the film Under Our Skin. The family rented the theatre and sold 259 tickets. VIP tickets holders were treated to a prescreening meet and greet where they mingled with the documentary director while enjoying hors d’oeuvres, champagne, and wine. A post screening Q & A session was held by the film director, Andy Abrahams Wilson and Dana Walsh, featured in the film, and the Athearn Family.

All guests received a DVD of Wilson’s follow up documentary, “Emergence.” Making this event even more special, Bronte, the eldest daughter of the Athearns, donated over 30 of her own paintings to the event’s silent auction. The Athearn family has been touched deeply by Lyme disease. Scott was originally thought to have had ALS, then PLS, but found out years later he had Chronic Lyme Disease. He is still handicapped to this day due to the damage and late diagnosis of Lyme, however by undergoing Lyme treatment, his symptoms seem to have plateaued.

Two of the three daughters, including Bronte, also have Lyme. Camille is deeply involved in their care, and provides education and advocacy for others afflicted with the disease in her own community as well as other communities. Because of their family’s painful struggle, they hosted this event to educate others about a very misunderstood disease. After 20 years of battling chronic symptoms and the 14 years it took to discover Lyme Disease was the cause, they hope that through education and awareness others will not have to suffer the pain that their family has endured. They want others to know that there is HOPE!