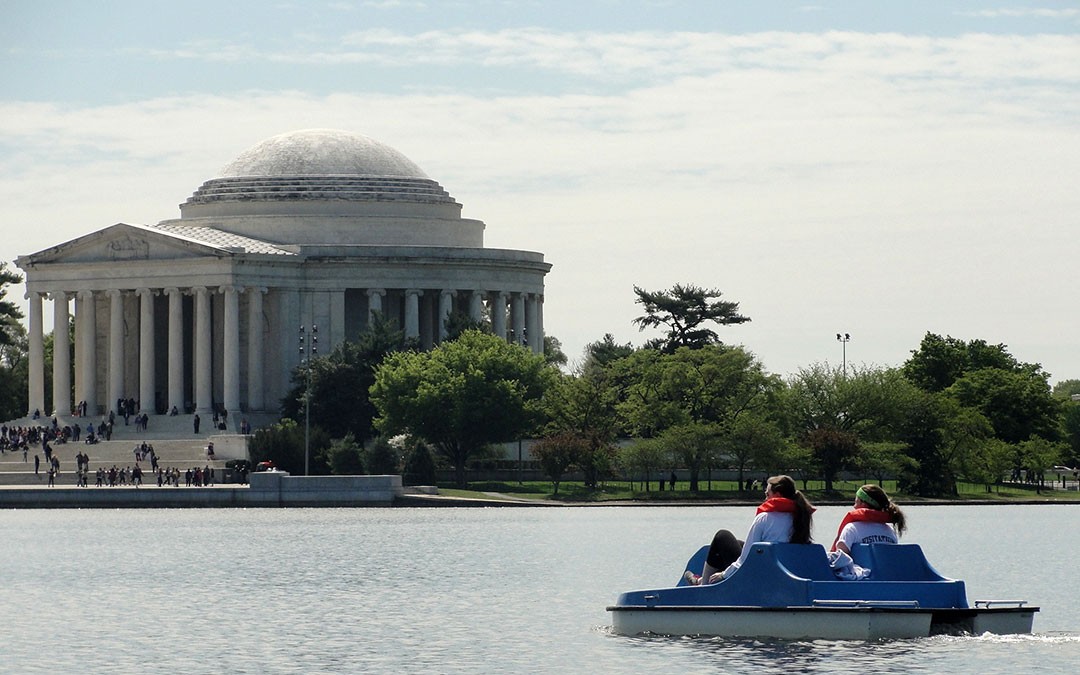 The Head of the Tidal Basin race took place on the scenic Tidal Basin in Washington, DC. Teams of two paddlers per boat competed against each other in a fun event organized by Lymeletes. Risa Williams, the event organizer who was recently diagnosed with Lyme disease, and her friends created the Lymeletes group to raise money for LymeLight Foundation. As Risa states, “I have experienced the high out-of-pocket costs for the treatment of Lyme and know that many people cannot afford to be treated. That is why we chose to fundraise for LymeLight.”

Risa Williams used Eventbrite for contestants to sign up, which made it easy for her to access information such as t-shirt size, email address, and who would be paddling in the boat with them. Eventbrite also allowed her to send emails to contestants and others to invite them to register and send race information. She used CrowdRise to receive donations from contestants and sponsors. Instead of charging for the event, she asked each boat to raise $75 – $100 by having family and friends sponsor them in the race.

During the actual event, they had two people per boat and sent boats out in groups of three, so that it would not get too crowded and we could abide by the rule about the distance required between each boat at all times. Volunteers sat on the dock and with stopwatches so they could record the time for each boat. They were able to cover the cost of t-shirts and the paddle boats by the donations of store sponsors and also received some prizes from store sponsors. Risa hopes to hold this fundraiser again in 2016 and will implement a few planning changes for example, starting the planning earlier and promoting it in more ways than just email and social media, like in local newspapers or newsletters and at her school.