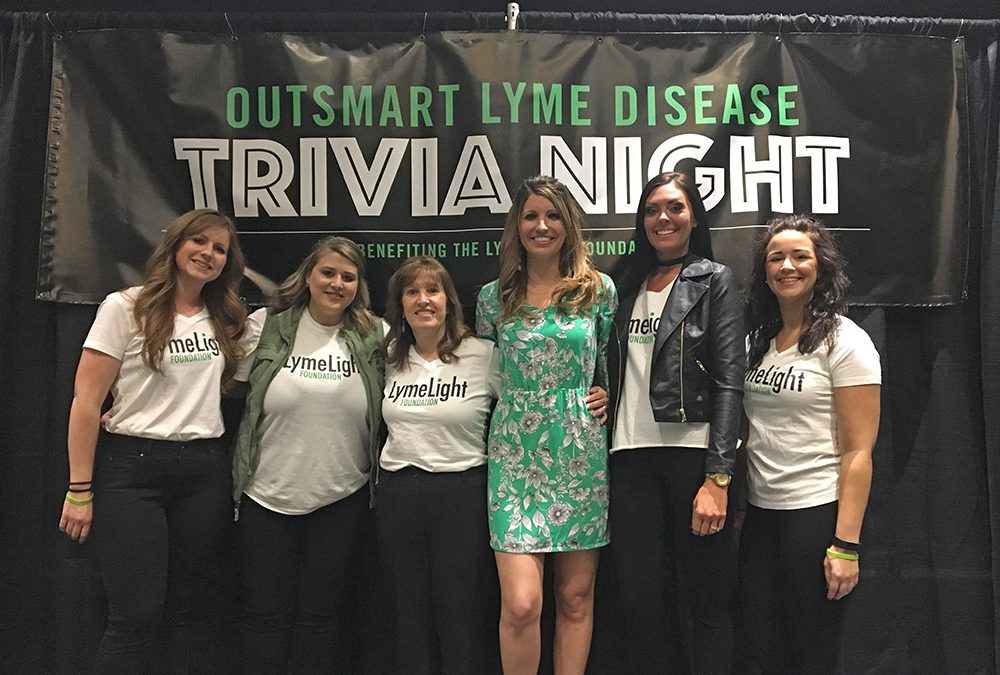 The first annual Outsmart Lyme Disease Trivia Night was held on March 31, 2018! Being personally impacted by Lyme disease, Paige Schwebke wanted to help give back to children and young adults suffering from this life altering disease. With an extremely hardworking group of five other women, the trivia night was a success, hosting over 100 players and spectators. Contributing factors to the success of this event was the interest generated through the trivia hosted by Challenge Entertainment, paired with the halftime buy-in game of heads or tails (look it up, super fun twist on the standard heads or tails game!) and the extremely popular silent auction.

In addition, a local woman who has struggled with Lyme disease for over ten years spoke to kick-off the event and helped all of those attending understand the impact Lyme disease has on those suffering. 1st, 2nd and 3rd place teams were awarded $1,000, $250 and $75, respectively, and over $5,000 was raised for the LymeLight Foundation! Everyone is looking forward to next year already! If anyone else wants to host a Trivia Night, Paige will help them organize their event.