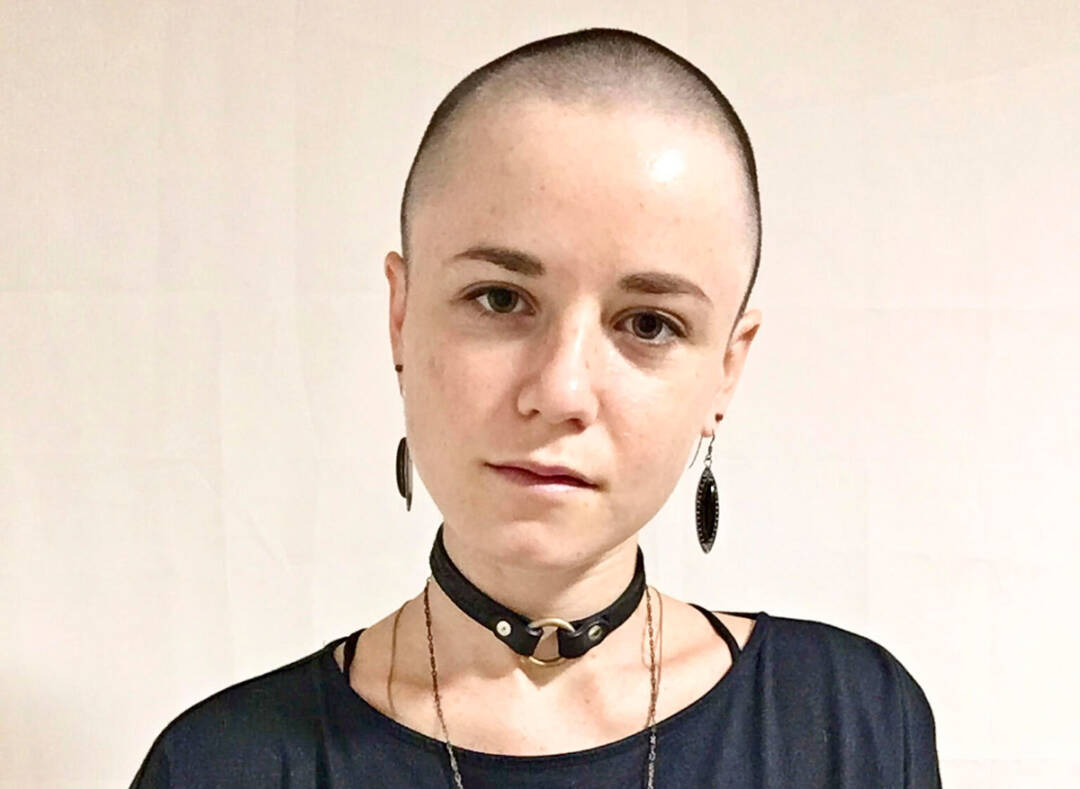 Alice – Taking My Life Back

In 2016, when I was a student in my last year at Oberlin College, I was busy putting together my Senior Thesis Show in the visual art department. I was simultaneously very invested in my creative work and very sick with chronic Lyme disease. I pushed myself physically and mentally in my creative work, and was granted art awards and made honor role. I completed my senior year successfully in the eyes of my parents, professors, and classmates, but I felt very differently inside. I knew that if I didn’t make a change for my body when I graduated, I wouldn’t be able to continue my artist work or my life as a twenty four year old. My cognitive symptoms were getting worse every day, and I was becoming physically and emotionally weakened. I had been diagnosed with chronic Lyme disease several years before and had been taking oral antibiotics intermittently up until the day of my graduation. I needed to try a different approach.

I was referred to an integrative medicine program by a friend of my sisters who had also been diagnosed with chronic Lyme disease; and knowing that most Lyme therapies are not covered by any insurance plans, I desperately looked for grants online. I found the LymeLight Foundation! The grant that I received from LymeLight changed my life, giving me the agency and resources during a time in my life when I had never felt so powerless and unsure of not only how my life would unfold, but also how I would survive as a twenty four year old with chronic Lyme disease.

The months following my graduation from Oberlin College were more challenging than I had expected. I moved in with my parents in NJ and began receiving treatment for my Lyme. Since my parents’ home was a space that held unresolved conflict, it was an incredibly difficult place for me to return to. After living the independent life of a college student for four years, I was completely dismantled as I entered into this new chapter of my life. I felt as though my independence had suddenly been taken away from me, as I was living with my parents and simultaneously beginning a treatment that had no predictable outcome.

My reactions to the treatments that I received were incredibly intense. I felt as though I had ingested poison after each Major Autohemotherapy (Ozone Therapy) treatment and taking my herbs and other homeopathic remedies. I had symptoms that ranged from severe nausea, to heart arrhythmias, physical weakness, and debilitating brain fog. I was a dedicated runner throughout college and now I was hardly able to walk down the street without feeling lightheaded and physically weak. I had days when I desperately wanted to cry and scream, but I was too weak to even speak. I had days when I was so angry with my parents and the universe that all I wanted to do was yell and take back everything that had been so unjustly taken from me. But I was too weak to even get up from my bed. Often, all that I could do was lay there and surrender to my body and to the universe that was so unrelenting in its ways.

After living at home for several months, I moved in with my sister in Brooklyn, and continued to commute to NJ every two weeks to receive Major Autohemotherapy. Given the limited size of Brooklyn apartments, I slept on a mattress in her kitchen for a significant part of the time. During my stay I wasn’t able to walk more than a few blocks without getting cognitively confused or stumbling out of the stairwells in the subway stations. I was unable to work, and I began the heart wrenching process of applying for Social Security.

My sister was a full time student in a program for printmaking, and so on most days I was left alone in her apartment to fend for myself. I would ask my sister to leave her phone on during the day, and sometimes I would just call her and we’d wait in silence together until my symptoms passed. There were times when my heart would beat so fast, I felt so nauseous, and so unbelievably afraid that I could barely muster the strength or find the words to say anything. And there were times when I was even too physically and cognitively debilitated to call her, and I would just lie there on her bed, praying silently. During this time I learned where my strength existed, and I accessed it energetically with the fortitude that every cell in my body could muster. That strength that my ancestors held for me, and the energy bestowed on my body and spirit by the universe, continues to sustain my practice as a Reiki healer today.

While living in Brooklyn I came upon a community of healers. At the time I was still physically debilitated and continuing treatment for Lyme disease, but I was also simultaneously spellbound by the discoveries I had been making in the world of healing arts. Doorways had suddenly been opened for me that held the power that I desperately needed to rebuild control over my body and my life. I explored the practice of Tong Ren, recited mantras, and meditated; I wrote a lot, and discovered Yoga, a form of movement that I continue with steadfastness today.

The grants provided by the LymeLight Foundation have not only helped me to begin to heal physically, but to find the resources needed to find my path spiritually and emotionally as a healer myself. Because of the grant funds I am now able to live in Brooklyn and commute to NJ where I continue to receive Major Autohemotherapy treatment and LDI (low dose immunotherapy), and to work closely with my doctor. Since this past September I have been working as a teacher in an outdoor prekindergarten program, and recently I’ve been working as a receptionist at a center for healing. I’ve been taking Reiki clients at my apartment in Brooklyn, and I’ve been continuing my artistic practice.

A year and a half ago I was debilitated, and now I am miraculously able to take my life back in ways that are more aligned with my destiny. I may have a lifetime of healing from Lyme disease yet to undergo, but as a person working within the energy of Reiki, I gladly commit to a lifetime of supporting my body physically, spiritually, and emotionally in whatever ways that I am able.