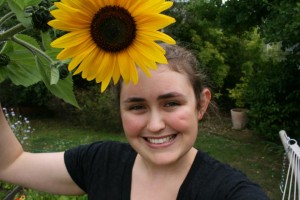 22 year old Makayla has big dreams. She’s always dreamt of going to college and majoring in the veterenary sciences, and she plans to someday become a veterinarian for marine mammals so she can make a meaningful impact on the creatures that live in our seas. However, little did Makayla know, at age 14 her dreams would be put on hold as she found herself in a complex health battle and a struggle to obtain the treatment that she needed to get well.

In 2004, as a freshman in high school, Makayla came down with a terrible flu. Shortly thereafter, she developed what started out as hip pain, but soon escalated into crippling full body pain that left one of her legs entirely paralyzed and often left Makayla unable to rise from bed. Her debilitating, rapidly progressing symptoms left doctors puzzled. Conventional testing and intervention provided no reliefor explanation and attempts at physical therapy only made matters worse. Makayla deteriorated to the point where she was entirely isolated and confined to her home due to severe light, sound and chemical sensitivity.  The mere sound of crinkling paper was agonizing, natural light was blinding, and fragrances hindered Makayla’s breathing to a life-threatening point. Though Makayla remained housebound for nearly 8 years, unable to attend school, church, or often even set foot in her own backyard, she clung tightly to her unwavering optimism and faith. Her body was clearly failing her, but she knew that there was an answer out there for her, and that this wasn’t the end.

It wasn’t until Makayla’s mother began to look outside of their insurance-covered conventional medical care that Makayla began to receive the answers to her complex health problems. Her mother endlessly researched alternative therapies, and eventually came across Hyperbaric Oxygen Therapy. They decided to try it, and it was there at the treating physician’s office that Makayla and her family first learned of  Lyme Disease, and how to properly test for it. Because they wanted to leave no stone unturned, they decided to test Makayla. To their surprise, Makayla’s test results came back positive and she and her family were finally able to identify her complex, chronic affliction: Lyme Disease. The doctor warned them that although a diagnosis of Late Stage Lyme would provide them with an answer and direction, treatment would be no walk in the park.

Initially, treatment was an excruciating struggle. She began antibiotic treatment, which further rapidly debilitated Makayla making it  clear antibiotics were not the solution. Makayla and her family sought alternative methods of treatment taking out loan after loan as they searched for a Lyme Literate Physician who could comprehensively treat Makayla. She eventually ended up in the right hands finding a wonderful holistic physician who identified the genetic issues that posed such a challenge in treating her case of Lyme Disease. These issues  prevented her body from effectively detoxifying the neurotoxins that the Lyme bacteria produced during treatment, causing her to become highly sensitive and critically fragile. This new discovery provided Makayla’s doctor with the information he needed to treat her case.   With the proper comprehensive and holistic protocol, Makayla began her slow uphill climb.

Recently, Makayla has  begun to thrive. She can walk, talk, dance, smile, and laugh. She’s able to visit the beach, enjoy the sun and the sound of the waves crashing on the shore.  She can spend quality time her with family and even begin reaching for her dreams once again. However, the resources that it took to get Makayla to this point have put a heavy strain on Makayla’s family. Makayla’s alternative treatments, which she still continues to need, are not covered by insurance. As the years passed, Makayla’s family fell deeper into their financial struggle. As Makayla got older, she became aware of the struggle, a struggle that weighed heavily on Makayla’s heart.She worried about her parents, and feared that she wouldn’t be able to continue the treatments  that were giving her a chance at life….until she discovered LymeLight Foundation.

Makayla decided to apply for a grant, and after much hope and prayer, she received an email notifying her that she was accepted. Makayla was overjoyed. She reports that LymeLight has gifted her the ability to continue on her journey to health and to afford treatments that she and her family couldn’t  otherwise.  She has regained enough strength to complete her High School diploma online, learn to drive a car, and even begin to take a few college level courses online through a local community college. This is a drastic change from Makayla’s previous years, full of long, painful days spent in bed in her darkened room.  Makayla gratefully states, “I have been solely dependent on my amazing parents for care and support over the last 8 years. They have done so much for me, even putting of the cost of my treatment before their own medical needs. This grant has allowed me to relieve a massive amount of the stress and demand off my parent’s shoulders. So I passionately say thank you to LymeLight, and all you kind donors; for helping me take steps forward toward total health. I can’t wait to see what improvements come next.”