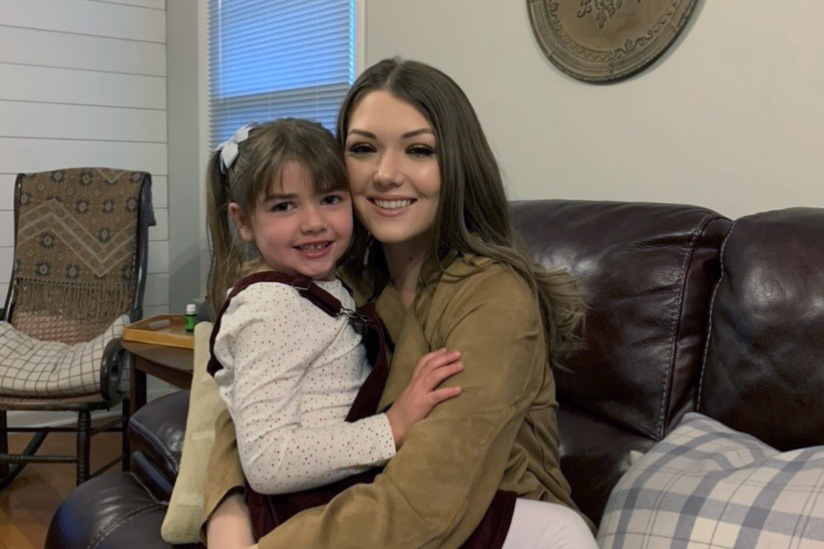 Jordan – Able to Care for her Daughter Again

My daughter, Jordan was bitten by a tick when she was nine and treated for Rocky Mountain Spotted Fever. We thought this was over until she was 21 years old and became the mother of very sick little girl named Marlee Jay. Marlee had to have a heart transplant because of a severe Congenital Heart Defect called Epstein Anomaly, a rare defect of the tricuspid valve.

I believe that the stress of what Jordan saw Marlee go through and the constant worry was a big part of Jordan’s relapse. Jordan just kept getting sicker and none of the Doctors she saw knew why.  She was in horrible shape by the time we received a positive Lyme test. My daughter was bedridden 22 out of 24 hours a day when we found LymeLight Foundation. She was no longer able to even care for Marlee (or herself) without constant help from her family. We had only been to a few doctors after the Lyme diagnosis, but living in Tennessee, we found that they knew as much as we did about Lyme. I was pleading with God to lead the way when a family member sent me information on the LymeLight Foundation.

Thanks to LymeLight Foundation we were able to go to a wonderful Lyme-literate facility for treatment that specialized in Mass Cell Activation Syndrome due to Lyme. There she was diagnosed with Lyme, Babesia, Ehrlichia, EBV, Candida, Mycoplasma, Bartonella, a ridiculously high allergy to Casein and all of her mycotoxin panels were off the charts. The difference between before and after her stay at a treatment facility was night and day! She could barely walk into the place but left in control of her gait and many other functions. More importantly, she had her WILL to live back! After Jordan treatment there she knew she had the tools she needed to live a fulfilling life again.

Today, Jordan is taking care of herself and her daughter with minimal help from family. Her hope in the beginning of treatment was to do fun things with Marlee again. She is now able to take her to the park and even go on walks with her. Jordan is feeling 75% better (most days) and although her body still has a lot of healing to do, she has the information and the tools to do that. All of that is possible because she was able to go to one of the top Lyme facilities in the states. That would not have been possible without this Foundation and its donors.

I want to mention how important a clean diet has been in keeping Jordan in a state of healing.  Bioresonance scanning was also key in finding the proper protocol for Jordan (not just for finding stuff she was harboring but also testing every ingredient to see if her body would accept it).

Thank you LymeLight Foundation!  We are forever grateful to this Foundation. I thought that I was going to lose my daughter to this disease but Glory be to God, this was not the case. Praying for a day, that the world will come together to find a cure for this crippling disease!