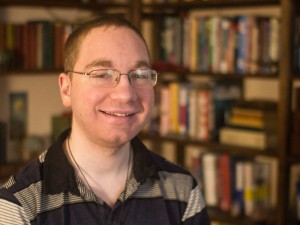 As a child growing up, Lucas was a shining star full of energy, creativity, and boundless curiosity. He was a leader among his peers, taking his friends on adventures throughout the woods in and around our neighborhood, always ready with a smile and a joke. He loved his friends, being out in nature, and taking long bike rides and hikes with his dad. We spent every summer as a family camping in Mt. Rainer national park and exploring the mountains and rivers in our home state of Washington. We were excited about Lucas’ future and enjoyed our time together as a family immensely.

One day in 2007, Lucas came in from exploring the woods with a rash on his leg. Because knowledge of Lyme is scarce in our area, he was not diagnosed with Lyme but rather cellulitis. The next years were a whirlwind of doctor visits as his symptoms began to appear one by one: fatigue, weakness, chronic skin infections, fevers/chills, roaming pain and joint swelling, noise sensitivity, light sensitivity, nerve pain, bladder pain, severe food sensitivities, and severe nausea. Later autonomic and neurologic symptoms set in such as inability to regulate his body temperature, coordination and balance issues, wild fluctuations in blood pressure, severe anxiety, and chronic insomnia.

He was diagnosed with several conditions before Lyme, one of them being immune deficiency, and put on IVIG. Things improved for a while, but then he started to deteriorate rapidly in 2011. We began high dose IVIG and high dose oral antibiotics for PANDAS, another infectious disease, but Lucas did not improve. Lucas became housebound in 2011, and had to give up school because of cognitive decline. He was confined to his room except for medical appointments. He has watched his friends date learn to drive, graduate from high school, and go on to college while he is left behind to suffer with this illness and deteriorate.

He was finally diagnosed with Lyme in 2012, and we began seeing an LLMD in our area. We were shocked to learn that most Lyme treatment is not covered by insurance. We had already spent $100,000 out of pocket on his treatments since 2007, and we were wondering if we would have to mortgage the house yet again. We have no financial support from family. We were so grateful to receive a grant from LymeLight Foundation and get started in earnest on IV treatment for Lucas and be able to reduce the considerable financial stress on our family.

Treatments so far have been very slow. Because Lucas has developed a clinical immune deficiency and an autoimmune condition in addition to Lyme disease, we have had to juggle several different treatment protocols at the same time. This month, he has just started his biweekly IV treatments, and we anxiously look forward to improvement in his condition. We all have much optimism from reading the stories of hope on the LymeLight website, knowing that kids do get better and come back from Lyme disease.

Before we started IV antibiotics in addition to being mostly housebound Lucas was in so much pain he wasn’t able to do much at all. Over the last 8 months since starting IV antibiotics and recently adding mild HBOT, Lucas has been progressing at a slow and steady rate. He is now able to get out of the house every day. His mood and sleep are much improved and fairly stable at this point. He is attending social events regularly which makes him very happy, and he feels like he is rejoining the human race after years in solitary confinement. As his parents it is so wonderful to see him cracking jokes and smiling again!

Lucas is also taking classes and participating in community activities, this is the first time he has done this in over 4 years. Because of having severe sensory issues due to Lyme, for 4 years Lucas had to go out with earplugs or ear protectors, dark glasses wearing sweatpants and tee shirts. For a young adult guy, this isn’t a great way to make yourself appealing to the opposite sex!

As he progresses through treatment, Lucas is not needing the dark glasses, earplugs, or sweatpants anymore. He is now able to dress normally and be in normally lit rooms with louder noises without getting overwhelmed. Lucas is now walking 1 mile most days for exercise. Before treatment, we had purchased a wheelchair as he was getting so weak we were afraid he soon wouldn’t be able to walk.

We are hopeful and cautiously optimistic for the future now! We’re confident that Lucas, who recently turned 20, will one day be able to inspire others with his own story of hope and recovery!