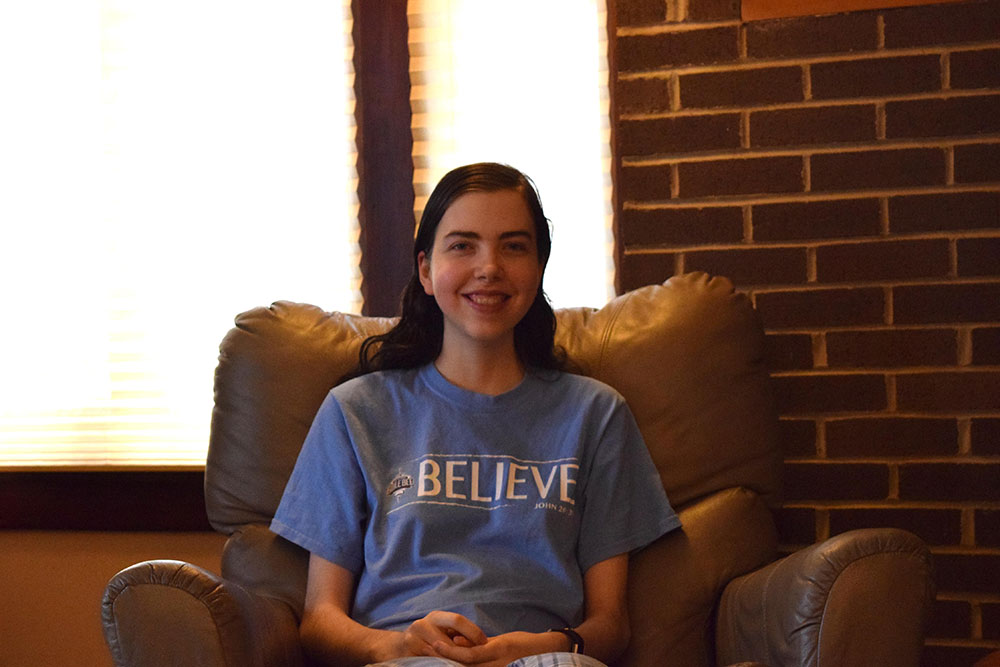 Lauren – A Seed of Hope

Just days before my 14th birthday in May of 2015, I was struck down by a mysterious illness that doctors couldn’t explain. Within months, I became homebound and mostly bedridden, suffering from severe physical and neurological symptoms.

In November of 2015, I finally received the Lyme diagnosis. I promptly began treatment, but my symptoms only grew worse. Then my mom noticed a strange rash on my body, and we realized it was classic Bartonella striae. Bartonella is a common Lyme co-infection, and in my case, the primary infection. I was referred to a top expert in the field, and I began antibiotic treatment in June of 2016.

I herxed terribly, eventually spiking a 105.4° F fever in July of 2017. We were justifiably scared, and stopped the strongest antibiotic, while continuing a gentler one. Meanwhile, my doctor diagnosed Mast Cell Activation Syndrome, which explained why I herxed so badly.Mast Cell Activation is a disorder, where the Mast Cells, a type of white blood cell, overreact to triggers. In my case, the disorder was caused by the infections. We also found out that the infections triggered Postural Orthostatic Tachycardia Syndrome and Hypermobile Ehlers-Danlos Syndrome.

Because anything that killed the bacteria made me feel much worse, my doctor focused on mainly treating the Mast Cell Activation with a variety of medications and supplements in 2018. Unfortunately, I saw little improvement, but I also felt too weak to resume the antibiotics.

In 2019, testing revealed I had severe hormone deficiencies, especially cortisol and DHEA. I was referred to a hormone specialist in June. The doctor explained that the infections lower cortisol and started hormone replacement therapy. With the replacements, I am finally regaining weight and muscle and am no longer nauseous all day. I have an appetite, and my digestion has improved enough that I can eat solid food again. The hormones gave me enough strength to resume antibiotics in July of 2019, but I must go “low and slow.” I depend on my loving family for full-time caregiving and remain homebound and mostly confined to bed.

When I received my LymeLight grant, it planted a small seed of hope in my heart, and I will keep fighting for that hope to grow and flourish into a reality. Thank you, LymeLight, for your support!