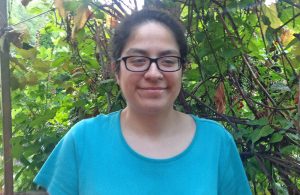 Joselyn – I Finally Have Hope

My name is Joselyn and I am 22 years old. When I was seventeen in 2011, I went on a wonderful trip to New York State. We went hiking in a state park and spent a lot of time in the woods. I also went to the Catskill Mountains. When we got back home in Chicago, I got a sudden strange flu. I had got bitten by several bugs, but I didn’t pay attention since bug bites to me were no big deal.

A few months later, during my senior year of high school, I was hospitalized twice for severe depression. None of the medicines really worked but my symptoms lessened when some personal problems resolved and I was able to make progress. I graduated and started college but still had many moments where I felt sick, depressed, inflamed, or like I had the flu, but I blamed it on stress or being tired.

Then, as the years went on, these symptoms continued and in 2014 I started to get really sick again. I became extremely anxious, depressed, suicidal, exhausted, and had severe head and face pain. Within a month, I was hospitalized in a psychiatric ward for major depression. The next two years were a nightmare. I went through five psychiatric hospitals, transcranial magnetic therapy, electroconvulsive therapy, ketamine infusions, partial hospitalization programs, ACT therapy, DBT therapy, CBT therapy, and nearly every known psychiatric med but each of these, one after the other, failed. I became even more traumatized, suicidal, and hopeless. I wanted desperately to die and end my agony, and I did not understand how God and the world could have abandoned me this way.

Finally a huge break happened. We ended up getting a new family doctor, who coincidentally also recently became a LLMD. During the past two years with my psych hospitalizations I got many strange symptoms that would be blown off as depression symptoms. They were extreme neuropathy-a sensation of burning in my whole body, extreme fatigue, dizziness, lightheadedness, tingling and numbness in my limbs, severe tremors, severe memory loss, nausea, vomiting, gerd, abdominal distress, extreme bone pain and joint pain, extreme muscle pain, brain fog, concentration and memory problems, rage, depression, despair, anxiety, suicidality, and worst of all the horrid depression. My doctor tested me and we discovered that all along I have had Lyme, Bartonella, and Mycoplasma. All of these caused all of my symptoms and I learned that the combination of Mycoplasma and Bartonella can cause severe depression and psychiatric issues.

Then it became extremely difficult to afford treatment as it is extensive, and I started to lose hope again. I was so scared. But thankfully LymeLight saved my life. If it were not for LymeLight I would honestly be doomed. I would have no hope. Now I can finally make progress and heal all this trauma and my body. I will forever be indebted to this organization for being there for me when so many doctors, hospitals, family, and friends abandoned me. Many put the blame on me or didn’t believe in me. But LymeLight did and sought to help me and for this I will forever thank them. Now I have been able to start antibiotic treatment and in just a few months some of my physical and psychiatric symptoms are starting to clear up! For the first time in a long time I finally have hope.