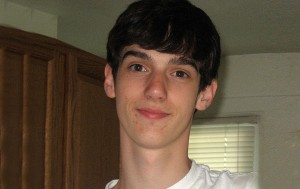 Eight years ago Daniel was a healthy and vibrant child, then what seemed like overnight, began spiraling into a never ending series of mystifying and debilitating illnesses.

In 2006 when Daniel was 8 we noticed an unusual mark on his leg. The doctor evaluated him and thought it was either a bruise or Lyme and ordered bloodwork to check on the Lyme. A few days later the test results came back negative. As the weeks went on Daniel started to complain of leg pain, we returned to the doctor who sent us to a leg specialist. Weeks later he had a fever, antibiotics were prescribed, strep throat, memory issues, fatigue, nausea and so on and so on the symptoms appeared with a vengeance. As we look back it is obvious now what was going on. This undiagnosed mark changed the course of his life… if only we knew then what we know now.

Over the course of these last 8 years things got worse and Daniel got sicker and sicker. We would talk to doctors about Lyme because I had made the connection in his medical file, but it was always dismissed. As recent as last year, Daniel had an appointment with the head of infectious disease at one of the best Children’s Hospitals on the east coast, I mentioned Lyme. The doctor was emphatic that Chronic Lyme does not exist and the conversation was over. I am sad to think how many other kids have been sent away and left abandoned to this disease. We saw over 30 doctors and specialists in every field, so many diagnosis, so many tests, surgeries, medicines but no matter what was done or treatment given, he never got well and many wanted to say that it was in his head.

As the years went on, Daniel’s symptoms increased and his level of disability increased as well. The chronic nausea had him sleeping sitting up, his POTS caused him problems with standing and could only stand for 10 minutes at a time before having to lay back down. The fatigue is so bad that he isn’t able to leave the house. His brain struggles to focus, has difficulty with complex ideas, and he has to re-read everything. Schooling was and still is a monumental challenge. For his high school years, he was physically in school for only 2 months out of the 4 years. No prom, no senior picture, no school mates, no sports, no graduating class to reunion with years down the road. A lost childhood.

To add to the gravity of this, Daniel’s father has been sick with an undiagnosed illness that keeps him disabled as well. When we met with the Lyme doctor 8 months ago, he felt that both illnesses could be related to Lyme disease. After getting the results back, it was in fact the case. This disease has hit a second family member and Daniel’s dad’s symptoms are severe as well, and he suffers horribly with daily persistent migraines that he still has to this day … every minute of every day. Through the years, the doctors have been baffled, and like Daniel, he lived without any idea as to what was making and keeping him sick. These daily migraines are so bad that he is unable to have conversations with anyone for more than a few minutes at a time because conversing makes his pain grow. We are about to celebrate Christmas and because of his dad’s noise sensitivity, he is unable to sit in the same room while the family unwraps gifts because the noise of Christmas wrapping paper makes his head pain worse. He will have to leave the room and will be alone while we celebrate Christmas. We are a hurting family and Lyme disease has caused great pain for us all.

Since being diagnosed with Lyme disease, and starting a heavy regime of medicines, antibiotics, and immune supporting supplements there have been some changes that are encouraging and have given us ray of hope. Some of Daniel’s symptoms have gone away, and some of them have less intensity. We have learned quickly that the road to recovery is long and difficult and treatment makes things so much worse at times. Daniel still struggles and is still very sick but seeing improvement after not having any for years, is exciting and gives us peace that we are finally on the right road.

The grant money you provided to Daniel has allowed for needed tests that the insurance will not cover, able to maintain Daniel’s treatment costs and pay for the doctor visits that are not fully covered by our insurance.

We are so thankful for what you are doing to bless families like ours, and give us hope with this complex and financially burdensome problem. LymeLight has blessed our family beyond measure and we are so thankful you came along side our family to help Daniel get his health back.