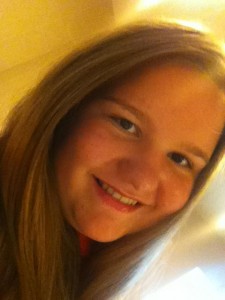 While most 4 year olds’ biggest daily concerns often encompass what they’ll have for snack or taking the notorious nap, Mallory Qualls faced far graver challenges as she rose to greet each day. At just 4 years of age, Mallory was bitten by a tick, and began exhibiting debilitating symptoms that no young child should ever have to endure. Shortly after her tick bite, Mallory’s little body was plagued with joint and head pain that often landed her in the emergency room. Yet, Mallory’s doctors never pinpointed the source of the debilitation, and never suspected that the bite of a tick could be the cause of her suffering.

By 2009, Mallory was 9 years old  and had spent the greater portion of her life managing chronic pain. Unfortunately, the unrecognized chronic infection that had infiltrated her immune system and evaded her doctors, became too much for her body to handle. This resulted in a 6 month span of brand new symptoms emerging and weekly appointments with specialists who Mallory continued to mystify. Mallory’s body was clearly deteriorating; her eardrums began to bleed, she developed gastrointestinal problems, and she began to have spells of seizures that would occur every 2 to 5 minutes for alarming lengths of time. Yet, despite the handful of specialists Mallory would see each month, no one had any answers and no one could provide Mallory with any relief.

It wasn’t until Mallory’s parents decided to seek help outside of conventional medicine that Mallory began to receive the answers that she so desperately needed. In 2010, it was a holistic practitioner that by chance ran a test for Rocky Mountain Spotted Fever, and Mallory and her family finally received her first clue to what her body was fighting. Rocky Mountain Spotted Fever is a co-infection of Lyme Disease, an infection that thatcan be transmitted along with Lyme through the bite of a tick. Mallory’s positive test warranted a referral to a Lyme Literate Physician in Missouri, which was where Mallory and her family’s journey truly began.

Mallory received a diagnosis of Late Stage Lyme Disease, which sparked her family’s quest for education, research and outreach for support. Mallory had a PICC (peripherally inserted central catheter) line placed and began antibiotic treatment for Lyme and co-infections. Unfortunately the antibiotics proved to be too challenging for her body and after developing a blood clot in her PICC line it had to be removed.  Initially discouraged, Mallory’s family began a period of research and contemplation.  After weighing the options, Mallory and her family embarked in an entirely new holistic direction. This promising treatment course has been gentler on Mallory’s body as it battles this complex chronic infection. Mallory’s new path has not only brought hope for healing, but it has also introduced Mallory and her family to a support system of empathetic new friends

LymeLight Foundation is thrilled to now be amidst Mallory’s group of supporters. Mallory’s goal is to be in the near future, a goal that wouldn’t be possible without LymeLight’s aid. Her tenacity is admirable, as is her ability to continue to smile despite her physical challenges.  Mallory is saddened that that so many people still do not understand Lyme disease.  Consequently, once she is well, she plans to educate and support those in the Lyme Community, and use her experience to help other children fight for their lives. When Mallory first heard that she would be receiving a grant for treatment, she so compassionately replied, “But Mom, there are a lot of other sick kids with Lyme!” We have no doubt that Mallory and her kind heart will help many of those children some day. LymeLight Foundation will be cheering her on along the way.