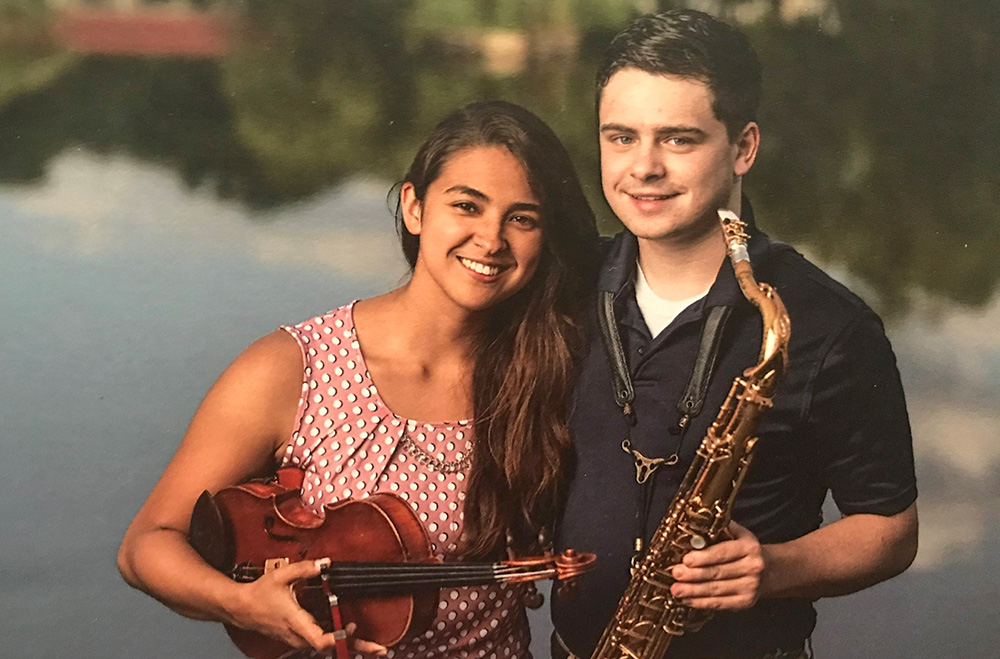 I am not exactly sure when I was bitten. I never found a tick. This made my diagnosis so challenging. My symptoms began at 10 or 11 years old when I started having air hunger. My Mom took me to the doctor. They said it might be asthma and handed me an inhaler, but it did nothing.

Things got really bad around age 16. I was unable to participate in life. I felt sick after eating, I was losing hair, was paralyzed and exhausted all the time. I felt awful. The military placed my family overseas and this made it difficult to get good medical care. I saw several doctors who ran tests and put me on various treatments, but I felt no relief. My doctor was out of ideas and had no idea what to do with me.

For several years, I swayed between feeling functional and terrible. I decided to try one more time to get answers, telling myself, it would be the last time. Sure enough, the doctor said I was fine and told me, “You need to eat like a cave man and exercise.” Exercise? I tried to explain that I could barely move. I already made significant diet changes. I was done with doctors. No more.

Around age 19, I was in nursing school and I crashed–hard. I thought I was dying and went to the ER. I was having cardiac, respiratory, GI, and neuro symptoms. I considered a million times on taking a medical leave of absence from school. I was seeing my 12th doctor and it was a complete waste of time. The Lyme panel (and everything else) was “fine,” they told me. I am a musician, and it was getting hard to play. This was a big blow. Somehow, God sustained me.

I started seeing a chiropractor who, after a year, began telling me he thought it was maybe Lyme or a co-infection similar to it. I was SO tired of hearing suggestions and seeing doctors that I ignored his advice for a long time. Finally, I gave in. He sent me to a doctor to run an infection disease panel. One of the co-infections came back positive. I cried. I didn’t know what to do. I had prayed for an answer for so many years. I started IV therapy and taking other medications but still felt awful. Plus, I had the side effects of the meds. After 6 months, we paid several hundred dollars for a special Lyme panel which was positive.

At this point, my parents and I started looking into a serious doctor who had real experience with Lyme patients. It was hard for me to venture into something new after seeing 13 doctors, but the Lyme Literate Medical Doctor was a Godsend. Wow! After getting some supportive meds, I started feeling better. It was amazing. After two years of not being able to eat, I had surgery to get my gallbladder removed, which is sometimes common with Lyme patients. For some reason, no one looked into that before. The experience has been insanely difficult, but it is a miracle where I am today.

Today, I have been in treatment for a few years. This past summer, I graduated nursing school, got a job in labor and delivery, married my husband, and moved to Texas. I am actually able to do my 12-hour shifts at the hospital a few days a week. Nothing short of miracle! And I can play music again! My husband is a gift from God. He is compassionate, gentle and takes amazing care of me. I never thought anyone would marry me with all this craziness. I am also so thankful for my mom and dad who have been so supportive all these years.

The LymeLight grant is an answer to prayer. Being newlyweds and dealing with insurance that doesn’t cover treatment, the grant relieved so much stress. With how insanely expensive treatment is, I am not sure what we would do without it. This grant has given me the opportunity to get what I need to have the best chance at healing, and I am doing better than I have in almost a decade. Daniel and I thank God for the gift of LymeLight! Truly an answer to a lot of prayers!

The journey of recovering from Lyme has been long and intense. There were (and still are sometimes) so many times it seemed I would never move past this season. It has been 10 years, but I am doing infinitely better. My doctor says in the next month he is going to put me in remission! I have also been able to back off the support meds that have been managing my symptoms. Unfortunately, it is a slow process, but I am getting closer! I have so much more energy and am now able to do what I love most–music! I am in two orchestras, teach music lessons, and take lessons myself. I am so gratefulfor the significant part LymeLight has played in my recovery, my husband and I thank God for this provision!