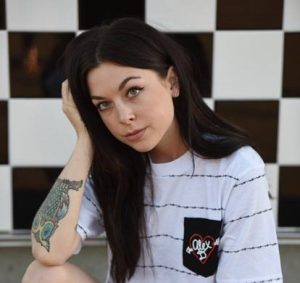 I have always lived in New England, where there is a lot of exposure to ticks. I loved to fish and was often in tall grass down by the water. My story is believed to have started around 2010. I was in college and, seemingly overnight, I began experiencing drenching night sweats, extreme fatigue, headaches, and swollen lymph nodes in my neck. My doctor was concerned about the possibility of lymphoma. I saw a cancer specialist who referred me to an infectious disease specialist. A few weeks later, I was diagnosed with Epstein-Barr virus and was told it would run its course and go away on its own. Things eventually settled down but I never felt 100% right after that.

In the beginning of 2015, things really started changing. I was getting reoccurring sinus infections, urinary tract infections, and yeast infections. I was miserable. My doctor’s solution at the time was to keep feeding me antibiotics. The antibiotics caused an intestinal infection called C-Diff, which is ironically treated with more antibiotics. My entire system was shot. I was in so much pain. I was able to receive a FMT (fecal microbiota transplant). The day following the FMT procedure, I was seemingly cured. It was truly a miracle procedure.

In 2016, I was bitten by a tick. It was so small I thought it was an ingrown hair and left it alone. Once I finally realized what it was, I reported the bite to my doctor. Because of my history with C-Diff and because I didn’t get a rash, she did not put me on antibiotics. Shortly after, I started feeling like I always had the flu. My body ached, I was tired and running fevers almost daily. I went back to my doctor and reported my symptoms. She tested me for Lyme, which came back negative. There was talk about possible fibromyalgia/chronic fatigue syndrome, but ultimately my physical health was blamed on my lifelong mental health battles.

My issues never resolved and I rapidly declined. I began to have terrible GI upset, nausea/retching, loss of appetite, migraines, weight loss, heart palpitations, deep bone pain, air hunger, dizziness and balance issues. I was easily overwhelmed and had horrible mood swings, lacked concentration, and struggled with my memory. I began seeking out specialists but no one could determine the root cause of my symptoms.

Finally, my mother suggested I see a holistic doctor. I finally found an LLMD in April of 2018 and tested positive for several Lyme bands, Mycoplasma, Babesia, and Epstein-Barr. Learning I had Lyme was a blessing and a curse. I felt helpless, hopeless and confused. I isolated myself because I was SO sick all of the time and didn’t want anyone around to witness it. I was embarrassed and ashamed at the person I had become.
My Lyme treatment was hindered right off the bat. My doctor was hesitant to put me on antibiotics because I had experienced significant weight loss. I lost 30 pounds over the course of a year which brought me under 100 pounds. I looked very sickly: my bones were protruding, my color was off, and I had terrible bags under my eyes. We were concerned that antibiotics would cause me to become hospitalized and decided to take the herbal route until my system started healing, with occasional pulsing of liposomal antibiotics later on.

I was laid off from work because I could no longer meet the demands of my job. I was between a rock and a hard place. I lived alone and supported myself financially and living expenses came before my treatment. My doctor informed me of LymeLight Foundation a week before my 26th birthday. I didn’t think I stood a chance for the grant because of the age limits and my birthday quickly approaching, but I applied anyway. I am so glad that I did! LymeLight helped me afford the treatment I needed, to cover the high costs of many supplements and prescriptions, and try new treatment options.

Fast forward to almost a year after my diagnosis, I have made progress! I am thankful for the positive changes that I have experienced along the way. I have become less isolated and allowed people back into my life. I started doing some modeling again. I have traveled a little more, and I’ve begun to think more futuristically rather than in the moment. Throughout this process, I have become my own biggest advocate, I am more in-tune with my body and mind. I get to inspire others going through the same thing by being absolutely transparent about my journey. My treatment hasn’t been easy, and there have been many obstacles, but my body IS slowly healing itself. LymeLight was the hope I so desperately needed in such a dark time. I am endlessly thankful for the help that I have received, and I hope to be able to give back one day.