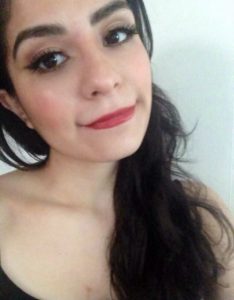 At the age of sixteen I started to notice strange symptoms. I constantly felt a crushing sense of fatigue. My bones in my ankle and shins ached and felt like they were going to split open. I was constantly extremely nauseous and hated eating as I felt like vomiting whenever I did. I also experienced severe dizziness and lightheadedness. I began to feel a sensation of being lost, as if everything was foggy all the time and horrid anxiety, depression, and desperation. My ribs could not even be touched because of pain, I couldn’t walk on the soles of my feet in the morning because of pain, and I had a weak and numb right arm. I also would get crushing headaches and pressure that convinced me my brain was sick. I knew in my gut that something was horribly wrong with me.

I went to the emergency room once and to the doctor multiple times. I was repeatedly told that nothing was wrong with me and that it was anxiety. Eventually after so many denials from doctors I figured that eventually I would pass out or faint at school and someone would have to believe me. High school was extremely painful and exhausting. I would tell myself I just needed to hold on for the next hour, for the next class, or I just needed to focus on walking across this hallway or making it to my seat. I knew no other way to survive besides breaking my day into manageable pieces until I could crawl into bed and sleep.

My senior year of high school my twin sister had an episode of major depression and two hospitalizations. Then two years later I became extremely sick with panic disorder and agoraphobia. I completely lost the ability to function and became severely suicidal and traumatized. Therapy helped substantially but it was constantly stopped from progressing because of panic attacks that I could only describe as painful, excruciating, and unmanageable.

While I was going through these health crises, my twin and best friend Joselyn went through another major depression where over thirty psychiatric meds, transcranial magnetic stimulation, electroconvulsive therapy, five hospitalizations, and ketamine all failed. She just got more and more traumatized and feeling hopeless and grieved. It further made my health deteriorate and it felt like our lives were a living nightmare.

Eventually my twin started to get strange physical symptoms. Because of her resourcefulness and determination to get to the bottom of them we ended up seeing a doctor who was integrative. He also ended up being a LLMD and he diagnosed us with Lyme disease.

At first we were both confused and stunned. We knew nothing about Lyme disease and had never thought we suffered from it. The more I read the more I saw that all of our medical failures and mysteries were finally explained. We finally had hope and a chance to get better and someone who believed us.

Getting diagnosed with Lyme was the first blessing because it ended a time period of neglect, misdiagnosis, and failed treatments. And getting our LymeLight grant is a blessing that made us cry. LymeLight Foundation is truly saving our lives and giving us a chance to recover and acquire treatment. We will be forever indebted for their compassion and generosity. It gives us hope and faith as we start our treatment journey.