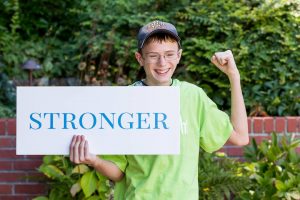 Paul – A Godsend for Family

Paul has had lifelong health struggles that first manifested as learning delays as a toddler. While receiving speech therapy in preschool, he was suspected as having mild autism. However, it would be years before he would receive a diagnosis. When he was about four years old, his anxiety and tantrums suddenly increased in intensity. We suspect this may be the time he contracted Lyme disease as our family had been swimming a lot that summer in a local beautiful northern California lake, walking on a wooded trail to get to the swimming hole, though there was never a classic “bull’s-eye rash.”

Through the years, he dealt with mysterious pain, a dysfunctional bladder, severe anxiety, extreme fatigue, muscle weakness, and trichotillomania, a condition that caused him to compulsively pull his hair and eyebrows out. Years went by and his holistic pediatrician, who treats many special needs children, did some immunologic testing and discovered that he appeared to have Lyme disease. Further testing confirmed Lyme.

We waited a year before seeing the doctor we were referred to because of the cost and the controversy associated with a Lyme disease diagnosis. Finally, we consulted with her and I will forever be grateful for the care Paul has received. Four years ago, we started treating him for Lyme disease with herbs and supplements, helping his body detoxify while targeting the Lyme and its co-infections. Paul’s mysterious pain he had endured for years was the first thing to improve. In time, he stopped pulling his hair out and his anxiety became more manageable to the point we were able to wean him off his antipsychotic medication. The LymeLight grant we received covered the costs for a year of treatment and was a Godsend to our family. I am a working single parent and was financially struggling with the costs accrued for his treatment.

Paul is still taking herbs to target Lyme but we believe we are on the tail end of what will be needed. He still has special needs and requires extra assistance in school and will continue to take supplements to support his health, but we will forever be grateful for receiving the LymeLight grant that helped him regain his health. Thank you from the bottom of our hearts.