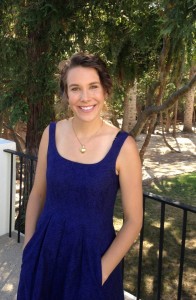 Megan – Moving On With Life

I was always a very active, energetic child and young adult. When I turned 19 I went to Colorado to work at a camp as an outdoor instructor. I led backpacking, hiking, mountain biking and other various outdoor activities. Unfortunately, I got very sick for a few weeks and then spent the rest of the summer feeling run down. At the end of August I went back to California to attend college as a sophomore. I began to experience depression, fatigue and stomach problems. It was harder to relate to people as I was no longer the same spunky person that people had come to know. This went on for all of my sophomore and junior years of college.

I began my senior year sick, and had to take a few medicines for a bad sinus infection. Unfortunately, one of the medicines was a steroid, which I now know can activate Lyme disease to an even greater intensity. After taking the medicine I began having crushing fatigue and sleeping for 16 hours a day, extreme muscle pain, stomach pain everyday, shooting pains and migraines at least a few times a week. All of this was going on as I finished my last semester in college.

My physical condition stayed in a similar state as I graduated, got married and began working. I was only able to have a part time job (about 20 hours a week) but I was happy to be able to work at all. Finally, after going to dozens of doctors without any answers I decided to take matters into my own hands. I changed my diet drastically (I already had a gluten allergy) by further removing dairy, most grains, sugar and nightshades. I found that my pain decreased immensely and I was able to exercise and have more energy.

While doing dietary research I somehow stumbled upon Lyme disease and its connection to Fibromyalgia. I got tested for Lyme, and was finally diagnosed in March 2014, along with a few other co-infections.

I soon realized the expense of all of the testing and the treatment for Lyme disease and began to panic slightly as our debt ran higher and higher. I couldn’t see a way that we would be able to afford the treatment and it seemed hopeless that I would get better. Enter LymeLight Foundation. Luckily for me, the Foundation still considered my age of 23 to be in the running for the grant. I applied and a few months later received word that I had received a grant.

Having this grant has made a world of difference! Before I got this grant I was constantly worried about money and if it was worth it to see a doctor or try a new supplement. I especially worried about having to end my treatment due to lack of funding. This grant has allowed me to feel at peace about the financial aspect of being chronically ill with Lyme. Just the worry alone is a huge element of this disease.

I am going back to school in a month or so to receive my teaching credential in secondary science in addition to my master’s degree. LymeLight has allowed me to thrive and to actually move on with my life. When I think back a year ago to when I received my first grant, I almost can’t believe I am the same person and that I will be going back to school to do something I really want to do! I know I still have a little ways to go in my healing, but with the amazing support I have received from this Foundation, I finally have the hope I need to believe it will be possible!