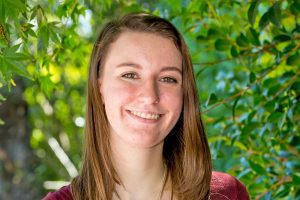 Ally – I Could Have Danced All Night…And Did!

Nearly three years ago Ally (now age 18) was diagnosed with Lyme disease as well as Babesia and Bartonella. She had untreated tick bites at ages 6 and 9 with no initial rash or symptoms. When Ally was 14, symptoms hit practically overnight. She went from a girl who danced eight hours a week, including pointe ballet, to being too weak to get out of bed much of the time. Something as simple as a trip to the kitchen would leave her breathless and fatigued. She endured constant migraines, severe fatigue, a nonstop hand tremor, cycles of nausea, tachycardia, POTS, anxiety, cognitive problems such as brain fog, lack of focus, and poor memory.

Once considered a good student earning A’s and B’s, high school became extremely difficult for Ally. Her constant migraines, brain fog and fatigue made it difficult for to keep up with her studies. Fortunately she was already going to a charter school that only had classes two days a week, but she still managed to miss many days of classes when she just wasn’t well enough to attend. Assignments were often unfinished. Ally went from being focused on wanting to go to college, to just focusing on trying to graduate from high school.

With the help of a grant from the Lymelight Foundation, we were able to switch to a new LLMD. With the help of the new doctor we were able to figure out more pieces of the complex puzzle of Ally’s illness and the most effective treatment. There was a lot of trial and error and she certainly wasn’t an “easy” case. Finally about a year ago, the first big breakthrough came with the elimination of her migraines. We were thrilled!Finally some progress!

After another six months we started noticing that her nausea had disappeared. Shortly after that we noticed that she had increased energy. I started observing that she was going out with her friends more, and smiling and laughing more. She was finally getting her life back. I knew something had really changed when she wanted not only go to her high school senior prom, but also to accept a date for another school’s senior prom. She was gorgeous on the evening of the prom!When she came home after the first prom she said, “Mom, I danced ALL night!”I couldn’t believe it! She said it again, “I DANCED ALL night!I didn’t sit down once!”Well as you can imagine, I cried. I was so happy to see my beautiful daughter have a night of fun doing what she loves most. She went to the second prom and had an equally fun time. In full disclosure, she did need a few days to recover after each prom, but six months before these events she would not have been able to even go to the prom much less dance the night away.
Ally was able to graduate high school this last May and although she may not have been the student with the best grades, I think she probably worked harder the last three years than anyone at her school. Over this summer Ally was very active, taking a weeklong trip to Lake Tahoe where she was able to do several two-mile hikes and some kayaking. She also did some camping and other “typical” teen activities, although she still needs some rest and recovery after being busy. She is taking the next year off of school to continue to work on regaining her health in addition to taking a trip to Europe. After that she has plans for college.
We are so thankful to the Lymelight Foundation and the donors for their help in Ally’s healing process. You truly made a difference in my daughter’s life. While I know she still has more healing to do, I believe that she has a bright future ahead of her. We will always have a special place in our hearts for the Lymelight Foundation and its donors. Thank you!