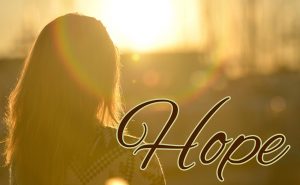 Jessica and Bryce – A Better Tomorrow

Jessica has had a challenging life. She was born 3 1/2 months prematurely, and experienced complications off and on for years. When she was 5, we found she needed hearing aids. Around that age, she also experienced nausea, headaches, dizziness and fatigue. A few years later it was determined she was experiencing migraines. But, these were a little different than the norm. They would last days, weeks and sometimes over a month.

At the age of 15, Jessica caught what we thought at the time was the flu. Then her fevers climbed higher and headaches worsened.  Doctors found an odd strain of Strep. She was treated on heavy antibiotics for 30 days. During that semester of school, she missed approximately a 1/4 of class time. After the antibiotics, her health improved. But the following summer she had many days when she simply didn’t feel well.

The first day back to school – she was introduced back into the world of germs, and she caught… something.  Again, we thought it was just the flu. But, she never got better. It took us 4 months to stop the vomiting and 9 months to stop the 24/7 debilitating headache. But, her body remained riddled with an untold amount of symptoms. Over the next year, Jessica tried attending school part-time, and then on-line, but it proved too difficult and she had to completely withdraw from high school.

When Jessica was 20, and after much research, I finally asked the right doctor to test her for Lyme – again. (This was after having been tested 3 times before.)  He found all three major species of the Lyme bacteria. Yea!  We finally had an answer – something we could learn about and treat. When did Lyme start for Jessica?  Undetermined.

Thankfully, when Bryce became ill at the age of 13, I was armed with the knowledge about Lyme disease and we were able to receive a diagnosis rather quickly. However, it was too late.  Lyme had already run amuck. His symptoms were simply too difficult to allow him to enjoy a normal life. He had to drop out of school, just as his sister did, and out of life.

Unfortunately, the cost continually proved too great. Our insurance didn’t cover a dime of it. We attempted to help the kids with what money we had. Whatever symptom was the most difficult to endure was the one that got treated. The rest had to be shoved aside.

We are ever so grateful that LymeLight stepped up. They have given us the ability to pursue the necessary treatments, medication and supplements for our children. There is hope. They will have a better tomorrow.

Although we may be beating Lyme down, the kids still have debilitating symptoms. Mycoplasma pneumonia continues to be quite taxing on Bryce. But, we were able to beat the neuropathy with PEMF treatments. And Jessica… well, we are still searching.  We are confident that we will find all the pieces to her health puzzle. We simply have to continue to forge ahead.

LymeLight has given us that ability to push on.  We can now afford our LLMD. There really are no words that can express our gratitude.