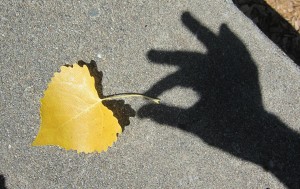 I was diagnosed with Second Stage Lyme Disease in 2011. I have been on long-term antibiotic therapy for almost two year. I was very ill when diagnosed and suffered from what I thought were migraines but was severe pain in my head and face, extreme fatigue, loss of balance and coordination, heart murmur, severe anxiety and depression, nausea, and several cognitive and neurological issues including loss of memory and mixing up words.

My onslaught of symptoms came on slowly, but in early 2011, all of a sudden I was just bombarded by one seemingly unrelated symptom after another. I had a severe bout of anxiety, where I could not calm down and couldn’t handle leaving myhouse. I suffered from what I thought was a migraine for three and a half months STRAIGHT. I was on the phone several times a week with my family doctor, crying and telling him that every new pain medication he prescribed me is not even lessening the pain. One week, my doctor was out and another doctor was filling in for him. He downright refused to prescribe me anything new for pain.

I turned to neurology to see what they could do for me, and waited months to get in. The neurologist had me go for a cat scan of my head. I almost wished they wouldfind something, anything. If they knew what it was, they would know how to stop the pain. Normal. I almost screamed. My neurologist did more testing on me,including for Lyme.? I was a false negative when I took the Western Blot and Elisa tests but noticed I tested positive for many Lyme antibodies within the tests. When no doctor could explain what was happening to me or wanted to address my testing positive for Lyme antibodies, I began to do my own research and realized Lyme was the only thing that made sense. I actually had infectious disease specialists hang up the phone on me.

I found a Lyme disease specialist who would help me but insurance companies would not cover me under his care. I paid for everything out of pocket. I pay on average $900 every month. And with the treatments, I had to get even sicker than what I was in order to get better. It was a nightmare. For a good year, I spent most of my days curled up crying in pain or sleeping.

I lost my job, ruined my credit, recently lost my house, and suffered greatly because of Lyme and the lack of knowledge and proper testing of the disease. I have already spent over $18,000 in medical expenses. After getting so far and losing so much just to get to this point, I didn’t know how I was going to finish my treatments.

Through my doctor, I have met many people with similar stories. I was able to trace back the start of my symptoms to when I was just 8 years old, when I was vacationing with my family. Afterwards the trip I developed bullseye rashes and flu-like symptoms. My mom had me tested for Lyme at that time, which came back negative but my mom insisted on treatment anyway. I was put on antibiotics for two weeks and myflu-like symptoms went away, but all through my life I had unexplained, andwhat I thought were unrelated, symptoms. If I had treated for a longer period of time when I was 8 years old, I would not have had the problems I had all throughout my life and would not be suffering physically, mentally, emotionally and financially as I am now. I hope that sharing my story will educate people about this disease as well as help encourage proper treatment and diagnosing.

Since being treated for Lyme, I have gone to school for massage therapy and I am studying to take my license exam. I hope to get into both the orthopedic/AIS and holistic-based therapy sides of massage. I started playing the violin. I bought a kayak. I am back playing with a softball team. I joined a roller derby team! I have great people in my life who have my back. I recently started working again. I am 25 years old and I feel like my life is just starting. I have never been happy like this.