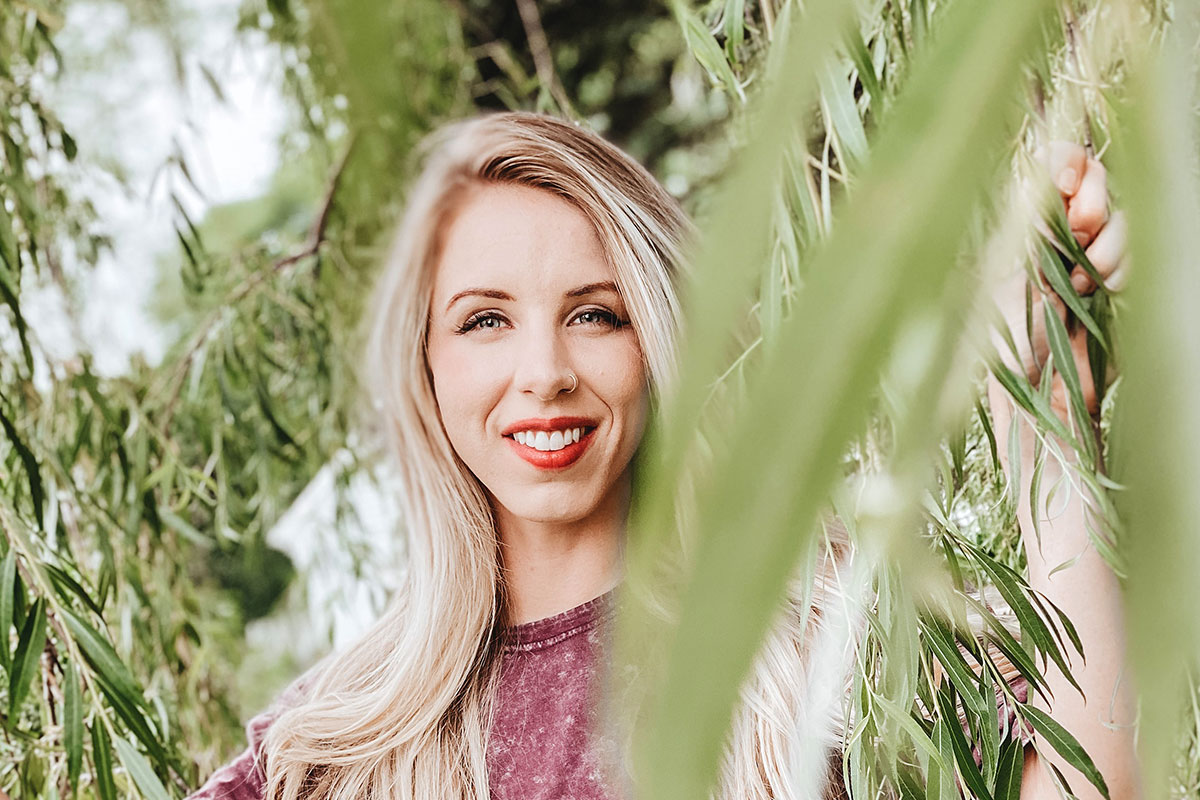 After an appointment with an infectious disease specialist, the diagnosis was confirmed that I had Lyme disease as well as several coinfections. To my surprise, the doctor suspected that I had been misdiagnosed when I encountered my first attached tick at the age of eight.  Although I had the classic bullseye rash in my youth, my bloodwork came back negative and I was left untreated. By age nine, I was seeing doctors and having bone scans to figure out why my legs hurt so much. The pain would come and go and migrate to my hips and wrists. Instead of connecting the dots to Lyme disease, the doctors had concluded that I was experiencing severe growing pains.

Between the age of nine and 24, I continued to struggle with increased migratory joint pain and fatigue as well as eczema and acne. My family chalked it up to being normal pain for a very active horseback rider, Taekwondo instructor, and a busy hair stylist who had a family history of “growing pains” and acne. I went undiagnosed until three years ago when I encountered another attached tick.

This time I tested positive for Lyme disease and, in an attempt to eradicate Lyme disease, I was prescribed three months of several different antibiotics. The antibiotics exacerbated my symptoms and my health declined rapidly. I began to lose feeling in my hands and the ability to control the tools of my trade. I experienced patches of numbness throughout my legs. Joint pain and muscle aches migrated throughout my body. Waves of light sensitivity as well as chronic fatigue and short term memory were constant companions. Essentially, it felt like my body had been hijacked. I had lost control of my well-being. I also started experiencing severe pain in my right hip to the point where I was walking with a pronounced limp. Early on, I kept dismissing the numerous symptoms because I thought it was due to the busy schedule I was keeping at the salon. I had grown accustomed to poor health until I could no longer push past the pain and fatigue.

For those of you who have seen “Stranger Things,” it felt like my world became the upside down. My body felt like a toxic wasteland. I would lay awake all night feeling as though little ants were walking all over me, but these ants felt like they had knives attached to their feet. Just taking a shower made me feel like I had finished a marathon. I don’t know how to truly describe how horrifying it was, but there were many nights I prayed to God begging him to let me die. I went from 145 pounds to 120 pounds within a span of two months. About a month and a half after the initial antibiotic treatment, I lost the ability to drive to work. Gradually, I had to cut my hours at work and eventually had to take an indefinite medical sabbatical.

When I finished the extensive three months of antibiotics, my doctor told me there was nothing else he could do for me. He said it would take 12 to 16 months until I would feel better, which was news I would simply not accept! I knew something else was wrong and I began to search for another doctor. I found a Lyme-literate doctor who said that I was still testing positive for Lyme disease and several co-infections. She prescribed another three months of antibiotics with a regimen of supplements to treat the chemical and mold exposures that she had discovered through additional blood tests.

During this time, I also discovered help from a Naprapath. Initially, I was going to him for what I thought would be temporary relief from the chronic pain, but he became crucial to my well-being and continues to help with managing my symptoms with lymphatic massages, prescribing a germicide protocol, magnetic therapy, and cupping.  Thankfully, the treatments have improved my mobility, flexibility, and my posture. As a result, my breathing has also improved. Although I don’t have the stamina I want and need to be a full-time hair stylist, I am driving again and am beyond grateful for the progress I have made.

I would like to extend my heartfelt gratitude to everyone who has made the LymeLight Foundation grant possible! Being a grant recipient afforded me the opportunity to pursue treatments which would have otherwise been out of my reach. I am determined to keep fighting for my health and hope that someday I will be able to join the LymeLight team in their efforts to raise funds for others who are battling Lyme disease. Thank you again for your generous and much needed gift during such a challenging time in my life.