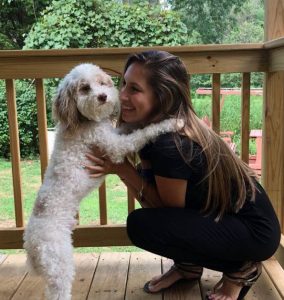 My name is Mikayla and I am 24 years old. I found out I had Lyme disease back in May 2013 after seeing multiple doctors that chose to dismiss all of my symptoms causing my health to decline.

When I finally got diagnosed with Lyme, I was so naively happy to have an answer and had no idea that my world was about to be turned upside down. I was in nursing school and although I was able to push through for a year and a half, I ended up having to leave school and needing to get a PICC line placed for IV antibiotics. I tried ignoring just how sick I was and tried working at a daycare. It went OK for about three months and then my health started declining even more. At this point, I was at such a loss and fell into a depression. I lost the ability to go to school or to work. I lost friends and family. I had no income to fund my treatments, and then someone told me about the LymeLight Foundation.

To say I’m grateful and blessed would be such an understatement. Because of LymeLight, I was able to explore new treatment options and learn so much about not only Lyme disease, but about myself. Although I may have not reached remission YET, LymeLight has given me so much hope that I can and will be able to reach it with the continued grant. Healing isn’t just about your physical health, it is just as equally about your mental and emotional health. LymeLight has certainly helped me strive to find my health and for that I will be forever grateful.