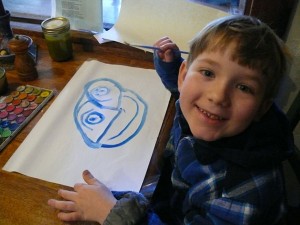 When Meredith and her husband, Jem (Jemeson), found out they were pregnant, they were overjoyed. The news of Meredith’s pregnancy brought a sense of hope, excitement and anticipation for what they expected would be a bright, full future. What they did not expect though, was the pain and the struggle that came with Meredith’s pregnancy and the arrival of baby Oak. Though Oak’s birth was undoubtedly a miracle, it was also the beginning of journey with many challenges, obstacles, and bumps in the road.

Meredith’s pregnancy wasn’t easy. Riddled with joint pain and fatigue, she sought out the advice of her doctors and her acupuncturist in hope of finding an explanation for her concerning symptoms. Yet, despite the physical hindrances that her symptoms posed, her healthcare practitioners assured her that the way she was feeling was normal, and that “this too shall pass”. It wasn’t until 8 weeks after Oak’s birth that Meredith came to find that her symptoms were not going to pass, and that there was something seriously wrong.

By the time Oak was 2 months old, Meredith’s symptoms had progressed to a state of debilitation. Meredith’s pain consumed her body, and she found herself unable to walk and in a constant state of fog and altered cognition. What concerned her even more though, was that Oak was beginning to exhibit symptoms himself. At the time, she was breastfeeding Oak and he had what the doctors described as “colic”, and often had fits of pain. He never slept, and his entire body was covered in a rash that his doctors could not identify or figure out. His doctors ran an assortment of tests but continued to come up without answers. In the meantime, Oak’s health continued to decline. Meredithand Jem knew that they needed to do take matters into their own hands.

Meredith and her husband had no health insurance. They were low on resources and chose to sell their house and apply for state assistance in order to keep up with the excessive medical cost. Eventually, a benevolent friend offered Meredith’s husband a job and a place to stay up at a cabin in a wooded area of Northern California. Meredith and Jem used state insurance to continue to seek answers and care for Oak.

Oak seemed to be a “medical mystery” but by chance, Meredith discovered a clinic that specializes in this area. At Gordon Medical Associates in Northern California the doctors began putting the puzzle pieces together for Oak and his family and discovered the underlying cause for Oak’s and Meredith’s debilitating symptoms: Lyme Disease. Jemknew he had Lyme disease since the age of 9, but what he didn’t know is that the disease could be transmitted from husband to wife and from mother to child either in-utero or from breast feeding. Also his symptoms were vastly different from Meredith’s so neither of them suspected Lyme was the culprit.

Oak is now six years old and has been undergoing treatment since age two. However, he continues to take three steps forward and one step back, even acquiring fresh tick bites and new infection up at his family’s rural cabin home. Yet, Oak and his family never lose hope. Despite the immense challenge and harrowing symptoms that they face, treatment has brought measurable progress. The grant received from The LymeLight Foundation has allowed Oak the opportunity to continue this progress, and reach for a better, brighter future. Without the LymeLight Foundation’s support, Oak would be left in the hands of doctors covered by state insurance who have offered no solutions for him. With Lymelight’s help, Oak has the ability to consistently see a doctor who can continue to lead him toward health step by step, and improve his quality of life piece by piece.